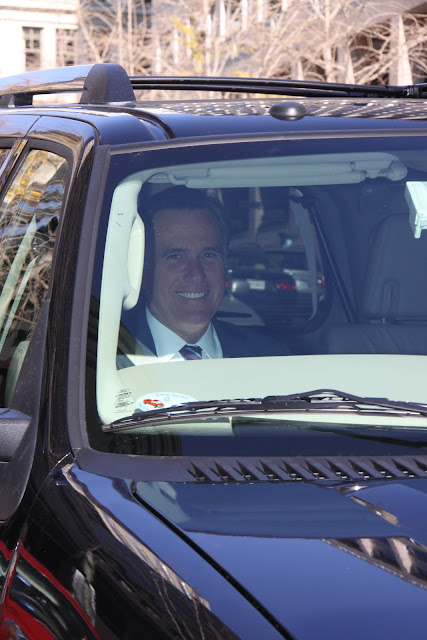 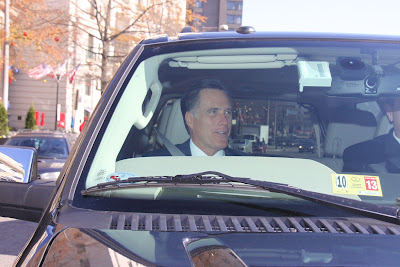 You've gotta wonder what he's thinking... pulling up at the place he wanted to call home...

The Former GOP Candidate for the biggest job in the free world arrived to break the bed with President Obama, just weeks after he was defeated for the Presidency.

It's unclear what the two will chat about. The lunch is private. No press. Just Obama... and Romney.

UPDATE: From the WHITE HOUSE:

Readout of the President’s Lunch with Governor Romney

This afternoon, President Obama and Governor Romney visited for an hour over lunch in the Private Dining Room adjacent to the Oval Office.  Governor Romney congratulated the President for the success of his campaign and wished him well over the coming four years. The focus of their discussion was on America's leadership in the world and the importance of maintaining that leadership position in the future.  They pledged to stay in touch, particularly if opportunities to work together on shared interests arise in the future.  Their lunch menu included white turkey chili and Southwestern grilled chicken salad.