The LINDSAY LOHAN - in NEW YORK where she took in a SWAGGY BIEBS concert event - later went out to the club and allegedly decked some patron over some sort of shenanigans.

The LiLO was then promptly arrested and locked up. Again.

And now, we hear from the mighty TMZ that the LiLo may be facing massive charges today over that whole car-wreck thing which went down... including lying to the cops and more.

But wait... it gets worse. She's on probation. Meaning she just effed up again while on... probation.

Jail, party of ONE? Anyone?

She just can't get a break.

Click here for continuing team coverage of the LiLo Meltdown.


NEW PHOTOS: LiLo and her alleged victim in NYC at the precinct leaving earlier after the altercation of things and sorts... 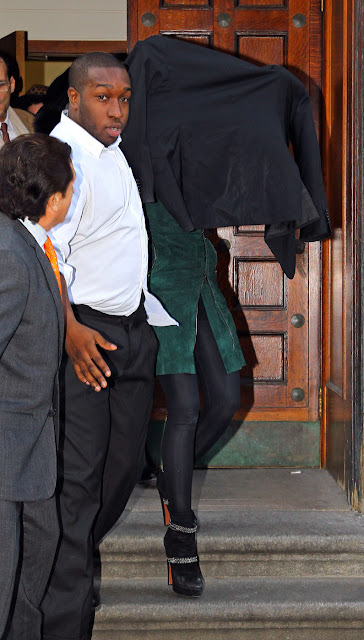 LiLo, with her bodyguard, covers up with a jacket while leaving the precinct.

Wait, wasn't she supposed to be wearing an ankle bracelet?

Who knows these days...