ROBERT PATTINSON has moved OUT of his lovenest he shared with KRISTEN STEWART!

Stewart banged out her married-with-kids-director while filming SNOW WHITE and the HUNTSMAN... and the PATZ said, "I'm OUT!"

But... look at the massive digs he left behind! WOW!


From PACIFIC COAST NEWS: Robert Pattinson has reportedly splashed out $6,275,000 for this estate in the Hollywood Hills. The Twilight hunk bought the Spanish Colonial-style residence through a trust in September of 2011. The walled and gated estate was originally built in 1921 and once belonged to actor Tim Curry. The grounds have extensive xeriscaped gardens, various terraces, amphitheater, and swimming pool situated at the top of the property.

Posted by Unknown at 4:47 PM No comments: 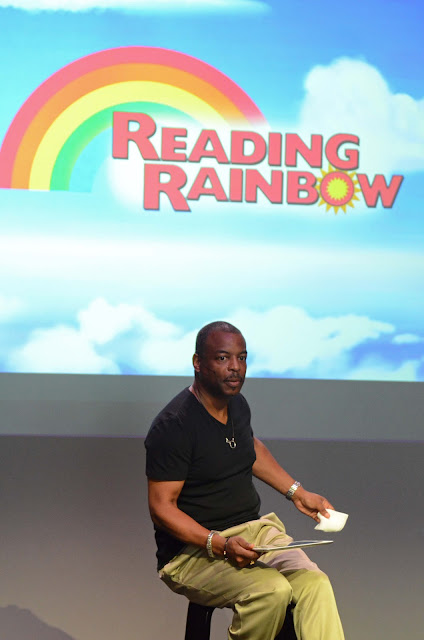 Now, you might be asking yourself, "why is LaVar Burton at an Apple Store in SoHo, New York worthy of a blog post unto itself?" You might think this is because it's a slow news day, or that everyone is focused on other things, like the tragedy in Colorado.

Actually, the reason Burton is posted above is because he is a pimp.

No, really. LaVar Burton is a pimp. He's got his own app for Reading Rainbow which teaches kids to love books and reading. And he was on Star Trek. Sure it was the Next Generation... but what gives. Were YOU on Star Trek? Do YOU have your own app?


SARAH SILVERMAN, the amazingly hilarious comic and an ardent supporter of Barack Obama, has this awesome proposal for Billionare Sheldon Adelson.

Adelson, who made a ton of money in casinos, has pledged $100 million to beat Obama. Silverman has countered his offer... and it's one he will probably refuse, but it's HILARIOUS!


Warning. You watch, you might be offended. Just saying.

Posted by Unknown at 3:35 PM No comments: 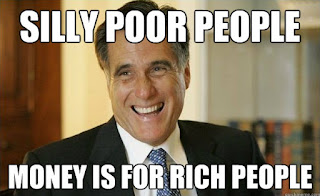 His ad of President Barack Obama singing AL GREEN'S "Let's stay together" was YANKED from YOUTUBE because ROMNEY infringed on the copyright!

ROMNEY's team whined - of course - and said they used the audio and video as "fair use" but proving that will take even more time... and, of course, it shifts the story to being that ROMNEY violated the DIGITAL COPYRIGHT ACT!

Read more of the story here.

Not to mention, President Obama actually NAILED Green's song at the APOLLO... while ROMNEY's version of AMERICA THE BEAUTIFUL was, well, to paraphrase Simon Cowell from the XFACTOR, "pitchy at best, and not his finest moment." 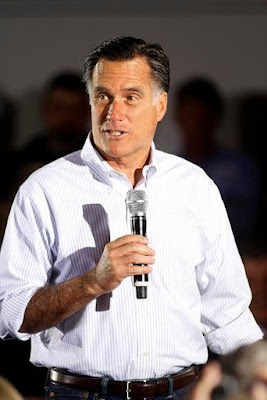 PINK+HUBBY+BABY: Out for a walk!

PINK, her hubby CAREY HART and WILLOW SAGE stepped out for a bit in NYC and, of course, the paparazzi were there to document if all for us!

How CUTE is WILLOW SAGE, though!?!

Now... THIS is the HIT pop radio has been waiting for... from executive producer TIAS SCHUSTER and PRODUCER and SUPER REMIX ARTIST NICK TAYLOR of HAIRBACH MUSIC... breaking out of VIRGINIA BEACH... it's the MIKE KLEIN MEGAMIX featuring AVI MICHAEL KLEIN!

Call your local pop and dance stations and request it now!
Posted by Unknown at 4:28 PM 2 comments:

Why are the naked cowboy and naked cowgirl photographed here and why are they celebrating their nakedness?

We take it she had a video premiere for a music video of some sort. The song is called RIDE IT LIKE A COWGIRL.

Doubt seriously that we'll hear it on US pop radio anytime soon.

Posted by Unknown at 6:15 PM No comments:


Nothing says HAPPY BIKINI DAY like BRITNEY SPEARS in Hawaii... in a bikini!

Wait, who makes up these holidays anyway?

KATIE HOLMES + SURI CRUISE: Out for the day!

CORY BOOKER: Stanford commencement a preview of a DNC speech?

Is this a warm up speech for something... bigger?

Not sure... but Newark, NJ mayor CORY BOOKER has something... and it's something pretty amazing.
Posted by Unknown at 5:46 PM No comments:

Okay here's the question of the day...

Since CARLY RAE JEPSEN'S new single is NOT GOOD TIME, the song she did which technically is OWL CITY'S song - and will be on the next OC album...

... what video is she shooting in NYC today? And what song will it be for?

Well, whatever it is, here's Carly Rae Jepsen looking all adorable and whatnot for your viewing pleasure.

Posted by Unknown at 3:52 PM No comments:

It's unclear if she's taking the recent survey which says that you can go ahead and drink while preggers a bit too seriously or not.

LOL okay, now it should be pointed out that she's not actually drinking the beer. It could be for JWOWW or one of her other JERSEY SHORE castmates.

ONE DIRECTION + OLLY MURS: Soak up sun as US tour ends in Florida! 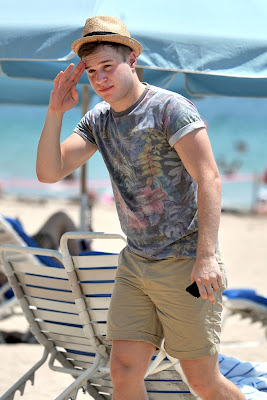 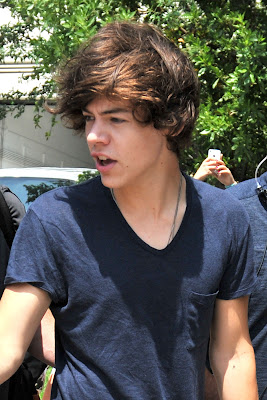 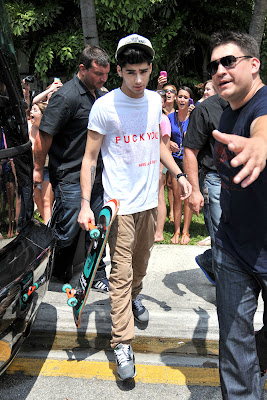 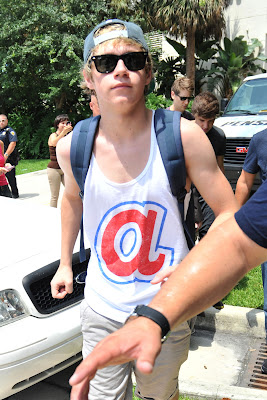 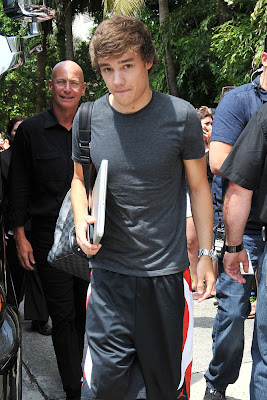 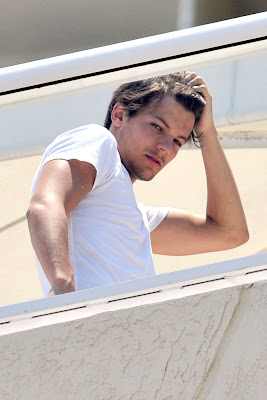 ONE DIRECTION AND OLLY MURS were snapped in Florida soaking up the sun before wrapping up their US tour - and after flirting with more 30-something female radio presenters.

They're headed back to the UK for some television priorities and more through the end of the summer. They're also rumored to be wrapping their new CD, too!

Email ThisBlogThis!Share to TwitterShare to FacebookShare to Pinterest
Labels: olly murs, one direction

In the days before TOM CRUISE and KATIE HOLMES split, these goons started showing up in front of the different homes in NYC which TOM KAT shared while a blissful couple!

And, now that KATIE filed for DIVORCE, they're even more present!

SPLASH NEWS says these are photos of two vehicles now being used by three mysterious (very professional-looking) men who have been stalking out Katie Holmes previous to her divorce papers being filed, and are now continuing to stake out the locations where the actress has frequented. REports have speculated as to who the mystery men could be.

Speculation is that they're investigators from Tom... or his Church! And, they're well funded - driving a White Escalade or a Black Mercedes.