REPUBLICANS: Tampa strip clubs are ready for GOP BONEANZA... are the paparazzi??! 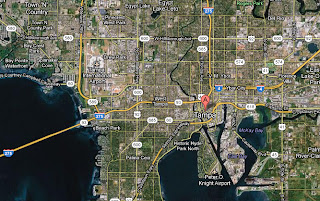 The TAMPA BAY TIMES has a story about the steps the adult entertainment establishment - aka - the STRIP CLUBS - are taking to woo the GOP faithful, the bastions of moral fidelity, who are making their way to the city on the Bay for their big Convention to nominate Mitt the Meh Romney to take on Barack Obama.

It's funny. It's shocking. And, it's true. And, it's going to be BIG business for the strippers, and for the clubs which give them a place to dance on various laps and poles.

Anyone know how the local Tampa paparazzi scene is so far? This could be an AMAZING second income opportunity for anyone in the bay with a good camera!

Mons and Odyssey - they're across the street from eachother so game on.
SCORES
Or some of the other, less well known ones which are no doubt going to be ON and POPPIN!


If I were MSNBC, or CNN, or ABC, I'd park crews there, too. I'd list FOX but they won't because, well, you know, the GOP faithfun aren't the type to go into these places. Right.