Radio people and friends: I would like to ask for a favor... 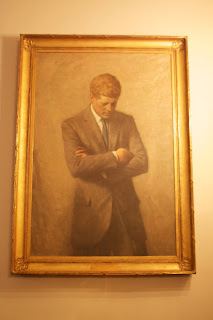 Check out this link.

Tonight, I'd like for you to please do something for me. And, it's not for me that I'm asking it for.

It's for the radio person in each of us who has ever had the guts to say, "ya know what, eff this, I'm going to try something new..."

It's for the radio geek in each of us who loves what we do, but knows that there's nothing better in this life to strike out with an idea which can change the world.

It's for the radio rebel in each of us which hopefully guides us.

West Wing Report is a twitter feed I started following when I came to HOT in DC.

Because daily, I knew what our city's most famous resident - and important person - was doing. In almost real time. Without any political hub-drudgery or bull.

It's powered by a radio guy.

You can read his dossier here.

His work is read by the most powerful people on the planet now. His objectivity is legendary. Take his comments and present them out of context and see how fast he personally asks you to correct them so he can protect the most powerful thing any of us have: our objectivity.

At any rate, West Wing Report has been nominated for an important honor to people in social media, and on Twitter.

It's a 'Shorty' award, and I'd like to ask you to vote for West Wing Report.

You can do so here.

Because he had the stuff in him to say, "hey, I can do something no one has ever done before, something completely unique, and I can make a real impact on the world..."

We've all dreamed of doing it. He's doing it.

I hope you'll consider giving him your vote. Because voting for West Wing Report is voting for that passion - that something you can't teach in all of us - which caused us to pick up some headphones or to turn on a microphone for the first time ever.

When you do, please make sure to put a reason in so the votes count. You could copy and paste this if you want:

I nominate @WestWingReport for a Shorty Award in #journalist because he's earned it and deserves it. Period.

Every radio person is doing what we're doing because we had this dream that it might become something more. Something cultural. Something that will be followed by the most intriguing people on the planet - from politicians to movie stars... to musicians and sports figures to other journalists to every day people like me.

The very idea of democracy is rooted in the idea that unbiased news, delivered by personalities who care more about an idea than about some personal fortune or gain, is so American... it's so what radio is all about. Take a read at this man's coverage of our President and the White House. I think you can see that hype means nothing when it comes to reporting the honest, accurate, and at times amazing facts which happen in the most powerful house on the planet.

West Wing Report - and Paul - have done that. And for that, I think he deserves our support. Please consider a few clicks to help this man win.

Thanks for reading.
Posted by Unknown at 12:05 AM