IPhone and iPad and iPod touch to have radio and satellite chips soon... 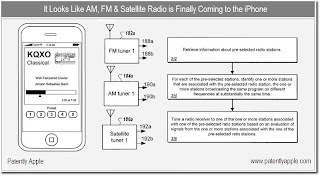 Apple has filed patents to put chips and software into iPhones, iPod Touches and iPads which receive terrestrial radio and satellite radio signals

Hey, if it's free -- it's for me. And for Sirius/XM, who wouldn't pay for Howard Stern's content along with the other stuff offered?

I'm sure the self tanning failed former radio guy who loves to post photos of himself on his site will post a photo and start to scream like Chicken Little, but he'll be screaming in vein.

And you're still nobody in a desert with no real future, and a mediocre past, at best.

Go ahead and post another self-pic now. Arrogant tool.
Posted by Toby Knapp at 2:07 AM