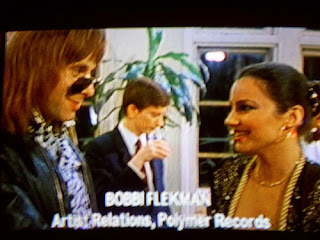 Bobbi Silver is a living legend.

She's a record promotions executive who has served the Philadelphia territory, and most of the Atlantic coast radio stations which report to whomever monitors airplay anymore, in a way which most of the younger record generation could only dream about, and in a way which the so-called "best of the best" stand in awe of.

She starts writing her annual Christmas cards months before Thanksgiving. She pops them in the mail - as the legend goes - on Black Friday.

Promotions assistants, music directors, Program directors... everyone who she worked with on any sort of regular basis receives a personalized card, at times edited for updates and whatnot, which is so personal that it seems like it was written to you by a close family friend rather than a label promotions executive. Each one is a work of art - like some of the best music she's ever worked from some of the most amazing names in music and radio.

No wonder she was immortalized in the cult classic "This is Spinal Tap."

Bobbi Silver would run circles around Bobbi Fleckman, however.

In a time when technology and new best practices are quick to replace for cost savings or whatever, this woman perseveres because she's just amazing with amazing relationships.

She's an amazing user experience. And when the time comes that she decides she's ready to 'retire to the gold category,' she'll never be able to be replaced.

She's the standard. There will never be another. And, she's the example we all should be following if we want to be the best.

That's right. I said it. The best.

How many colleagues did you send cards too this year?
Posted by Toby Knapp at 2:30 AM