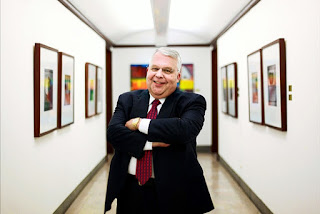 Reports of his demise seem to have been greatly exaggerated.


In a move that has Tribune Tower buzzing, and several respected media outlets reeling over now incorrect reporting,  Tribune CEO Randy Michaels was not asked to resign by the company's board of directors, nor did he offer his resignation despite reports from the NEW YORK TIMES and other media outlets, including the Chicago Tribune, claiming otherwise.


The Chicago Tribune, Michael's flagship newspaper, reported this evening that "he did not resign from the company despite expectations that he might step down from his post or be asked to leave it at a board meeting."


"I work here TODAY and I'm still working," he said on his way to lunch with COO Gerry Spector according to a Tribune story.
Michaels demise was reported by virtually everyone since the story broke via Twitter late last night. Some pay-per-view media pundit sites even trumpeted Michaels demise as being a positive thing for media. 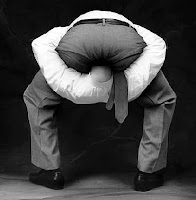 Now, it seems that these 'inside media' sites were completely in error, and self styled media pundits, writers, Tribune employees, and others who reported Michael's demise or who posted commentary on social network sites, are now reeling.
Michaels -  who has been under fire since a scathing piece in the New York Times by a former Tribune employee, who alleged a "frat house" management structure is behind the media conglomerate's current ills - seemingly has no intention of stepping aside, according to  Tribune insiders.
Others speculate that this entire situation could be the creation of Michaels and his inner circle, who, as former radio employees, are master of  "theater of the mind."
"Never underestimate Randy Michaels, ever," said one person close to the management team at Tribune, but who is not with the company, under the condition of anonymity. "He's amazing at what he does because it gets results, like it or not," the source continued. "When you count him out is when he's at his best, and judging from today, I'd say he's at the top of his game. He's got everyone talking, doesn't he?"
According to AllAccess reporting, the Tribune board declined to comment on the Michaels speculation.
Posted by Toby Knapp at 8:03 PM