This Carrie Prejean stuff is getting ridiculous... 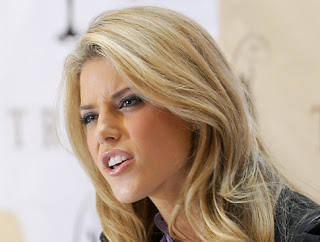 When you live in glass houses, you generally shouldn't throw stones. This is true in pretty much every area in life. And, Carrie Prejean, who, by virtue of being a failed Miss America contestant and former Miss California, erected for herself a pretty impressive glass structure.

Then it all came falling down. Look, I'm not going to judge her for her views on Gay Marriage. She's not unlike many others in our country, and she's got a right to her opinion. After all, what is more American than free speech? I don't have to agree with her, but she's got her right to her opinions.

But then, as if some great jihad had been launched against her, she cloaked herself in spirituality. She started blaming "liberals" for an attack on her because she has "religious values" as a 'conservative' woman who happens to be attractive. She compared to herself to "Palin" in the way the "liberal bias in the media" launched attack after attack on her.

It was as if she was saying "don't kick the conservative puppy..." And the conservatives, who are searching for ANYTHING that makes them look less backward, hateful, fearmongering and unpopular right now, embraced her...

... until they found out Ms. Prejean has this different side. A side where she bares all and, ahem, gives some self love and care to her, ahem, "temple..." if you will. 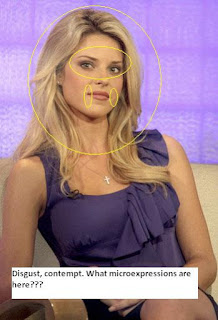 Where is Paul Eckman so we can run a test on some microexpressions?

And now, we read this today and find that she's got 30 nude pics and EIGHT sex tapes.

Count 'em.
She made tapes of herself loving her "temple" EIGHT times.

That's SEVEN plus ONE. 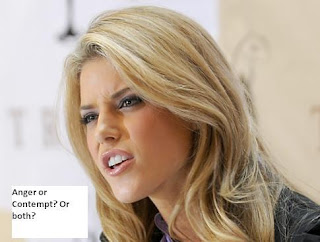 I guess the thing that really has me most fired up this morning is the arrogance. This sort of arrogance, coupled with deception in the name of "GOD" or whatever is exactly what gets the uber-right in trouble. This sort of stuff is exactly why their political party is adrift - even now. 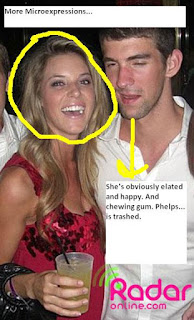 This sort of thing is what makes Christians and conservatives, in particular, look idioitic. If I were a Christian or a conservative, I'd be pissed.

Then I'd tell Ms. Prejean to go away.

But only after I asked her if I could see the videos.
Posted by Unknown at 11:40 AM