Where it all comes from... 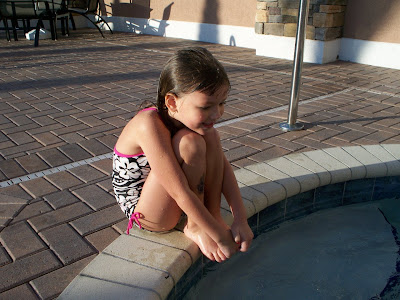 What can I say.

I've been asked where it comes from before. Where do you find this way to hone in on certain things, to completely understand them - or try too - and weave them into what you do on air?

Well, part of it is from knowing that I've taken more from some of my past relationships than I've given. Getting out of my own way - and finding a way to realize that I've failed at so many relationships because, well, honestly, realizing that it's not possible to have two loves - or two masters - no matter how hard I've selfishly tried, is perhaps the reason things have become more clear lately.

Funny. I shared a story the other day about this one time I was asked about "where I got it from..." and I told him flat out - that I've been a bad enough boyfriend, by being selfish and me-centric that I've learned what it is that I want to be to a partner because I've failed at it. Time and time and time again. But in any failure, you find things. And each time I think I got a bit better. I think I grew. I feel like I've grown. And even though I've failed there's been a growth that has come from the process. And so that comes through now. Little things. Noticing things. Differences between John Hardy and David Yurman. Realizing that there's a time for Cosmo, and that it passes into Glamour, and ultimately becomes Marie Clare. There are other things... but mostly it's that I notice the little things I didn't used to notice. And I owe alot of that realization to one person who knows who they are. I also owe alot of the realizations I've come to embrace now to that same person.

But as life has it, things move on. We all move on. And sometimes, we move on to return to what we once knew as comfortable, better from what we've experienced and more capable of doing things right...

... when life brings you full circle.

"And...." he replied, as if it was opening a much longer explanation.

He just looked at me and then said "you're awesome..."

I laughed. "I'm not awesome. I've just realized that to play with heart and passion means you have to, one, do what you love and two, find what you love unconditionally to provide fuel to your inner fire..."

Kyla is that fuel in my life. She's the reason I do what I do now. Someday that will change and someone else will play a part in what becomes the passion that is what drives me, but until then, it's about her solely and completely and no matter what.

It's for Kyla. So that she can have the things I've always wanted to have... from designer jeans to toys and Wii games and more. For now, she's the only woman in my personal life, and, yeah, I spoil her. But it's because I love her. Even though she's not with me now, I know she's in good hands, that her mom is free from things which might cause Kyla to have less than the best and I've got what the ability - thanks to the grace of my higher power - to provide her with the life we both enjoy, and a life that I hope she enjoys a bit more than I do at times...

I often say that I don't work. I get paid to play and play music and say crazy things. Kyla... she lives to learn and play for now.

I guess we have a good balance. And she's the source of my drive, and why I do what I do... along with some professional things which I've yet to reinvent, refine and twist so that they can be uniquely mine. Together, they fuel the fire which is what ultimately becomes my passion. For life. For what we do. It is the reason I live. In spite of myself at times and so that I might find myself at times.

Live with it. See what happens.