Wale spillin' the scoop from INSIDE the VMA's!!! 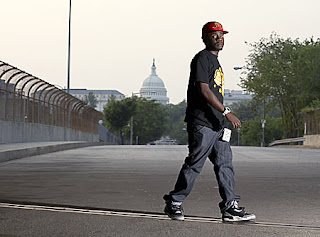 Guess who's the EMCEE and runnin' with the MTV VMA HOUSE BAND?

Yup. DC Chillin... PG chillin... His name's WALE... and he's spillin some great dirt on the VMAS!
Janet's intro is SICK we hear... and JAY Z, RIHANNA and KAYNE are going to close things down... which will be BIG since Rihanna has been pretty much outta sight since the Chris Brown drama went down!

Just got off the phone with Wale... check this out!

OOOH and this just in from an email I got from Interscope...

This Sunday night JANET JACKSON opens up the VMA awards with a Michael Jackson tribute. We are shipping “RELEASE ME”

Via MPE at 3 AM Monday and the disc arrives Wednesday. It is a new song from a Greatest Hits package.