And... the Kids Choice Award's BIGGEST winner OF ALL is... 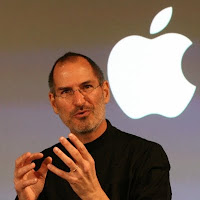 Or, more individually than a company, the biggest winner is Steve Jobs, from Apple - who is who is the biggest mouse in the house - because he guided Pixar from bankruptcy to being the movie pioneers who brought Disney's whole movie making franchise to it's knees.

Disney won huge tonight and it's pretty interesting to see how it all works out... I mean, aside from Sean Kingston, the Black Eyed Peas and, well, Kim Kardashian and Twilight, AND the obvious non Disney chick from Transformers - they owned a piece - either once upon a time or now or will tomorrow - of everything you saw on an award show that wasn't even on their own TV network.

Pretty bangin propaganda, right? Especially when you consider the winners:
Crazy, right? Disney's got a piece of everything. And they've got what's next, too... Remember this name: Honor Society.

They're opening the Jonas/Jordin tour. They're NOONE right now. But they're everything to the Jonas Brothers. The guys are on their label. The Bros are putting it out there working to expose these guys. Disney has a piece of the Jonas Empire, and Honor Society - well, that's part of the Disney empire by design. They're a good band, but the way they're being packaged - as organic - free from the Mouse House, is, well, genius.

You know, just in case we start to think we're tired of manufactured bands. Not like that's not ever happened before. LOL.

Well, if the JoBros love you, what does that get you?

Disney. The Mouse is PIMPIN.

It's a pretty amazing empire when you think about it.

Especially when you realize that the empire runs, well, a pretty amazing global kingdom with unparalleled influence and reach...

Think about it. Not a sermon, just a thought.