Dora and Diego are the greatest of all time... 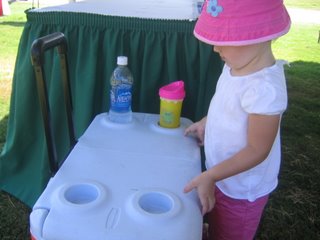 Kyla lookin' for either Nummies* or some sort of drink at the recent Jimmy V. Golf Tournament in Nc.

While we grew up watching, I don't know, the SMURFS... Kids today are learning Spanish and a love for animals with this stuff that's like CRACK... I should have known Kyla would love the Dora/Diego-Go... because when she was small.... she used to watch Baby Einsteins ALL the time... 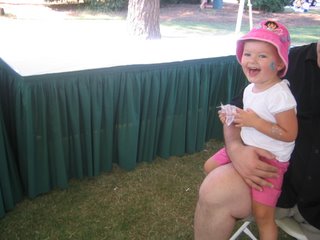 
So anyway, she LOVES Diego. I think she has a crush on him. She also loves the BACK-YARD-I-GANS... which she says phonetically PERFECTLY... which I can't get over. 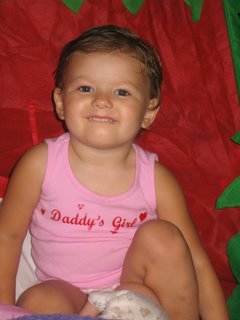 Oh, see that teethy thing she's doin? She got that from my dad, who she calls Papa... last time we were at Meme and Papa's she came up with this thing... She must have got it from him... Dad, this one's for you!